The CEO of the UCCU Roma Informal Educational Foundation, working to improve the communication between the Roma and the non-Roma of the society.

Szénási Szilvia began her career as a family caregiver in a smaller city nearby Budapest. Her work included community organization and the mitigation between the Roma families and the community of the village. She continued her work at another centre, in which she had the opportunity to attend a family therapy training, which knowledge she was able to integrate to her work. At the same time, she taught social assistants at an adult education training. She continued her studies in one of the biggest universities of Hungary, and she also had the opportunity to study abroad for a while.

“As a Roma woman, it was my own choice not to follow the traditional lifestyle of a Roma woman, but step on my own way. At that time, this decision had an effect on my relationships with the non-Roma and also my own community. This was a vital event in my life to define and reconstruct my own identity.”

She explained, that she is coming from a musician Roma family, therefore she was brought up in this “taste of life”, with the importance of family and music, a strong sense of community. In school, she was sometimes the only Roma in her class, there were times, when she had no friends, and her peers often made her to feel different. Contrary to the difficult times, after a while people accepted her for she is. Her parents brought her up in a strict, consistent way, wanting her to learn well, and to be proud of her Roma origin. “Once my father told me not to forget about the fact that: You have to know twice as much than the others, you have to be better than the non-Roma people”.

She joined to the UCCU Foundation in 2013 as a volunteer, and she had the opportunity to get more familiar with other training techniques as well. Her tasks at the time were mainly related to field work– holding informal educational session in public schools.  She provided real information, and a first-hand experience to non-Roma people about the Roma minority group in a playful way. Szilvia Szénási, parallel to her duties as a volunteer, and in addition to her tasks as a moderator, she represented the Foundation at national and international forums, events and conferences. At the moment she is the CEO of UCCU, and she is responsible for the full professional and financial functioning of it. She also develops workshops, and trainings for the volunteers.

“Being a Roma person is an important part of my identity but the most important thing is to be aware of who I am, independently from my origin.” 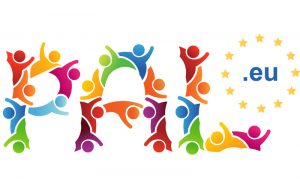 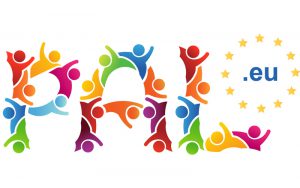 Thessaloniki: Opening of a new Community Center with a Roma Branch